Cyanosis in Dogs: Why A Dog Blue Tongue Should Be a Cause For Concern 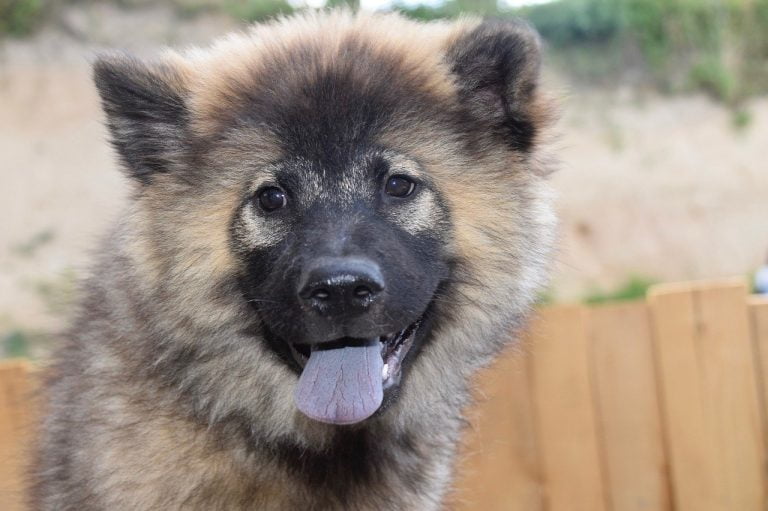 Have you ever paid attention to your dog’s tongue? Probably not when he is ever showering you with affectionate licks. However, the dog blue tongue is something every pet parent should know about because it could underline a serious health problem in your dogs.

Dog blue tongue or cyanosis in dogs is a condition where the tongue changes from its normal color to a bluish-purple tone. It could be normal especially for blue-tongued dog breeds or it could be caused by a lack of enough oxygen in the blood, among other reasons.

What is the normal color of a dog’s tongue?

The normal tongue color of a healthy dog should be deep pink. The younger the dog the pinker their tongues will be. Richness in the pink color will start decreasing as the dog ages, often an indication of decreasing vitality for the dog breeder.

Disclaimer: Tongue color can only hint at an underlying condition. A proper medical diagnosis is necessary to pinpoint the exact ailment.

A pale pink tinge often indicates reduced vitality. It could also be a sign of reduced red blood cells, which is the onset of anemia in dogs. A deficiency in blood is detectable through a full blood test performed by a professional vet.

A dog’s tongue going from pink to red could mean that the pup is feeling hot. On a hot day, the tongue will turn red as the dog tries to expel heat through the tongue. When it cools down, the tongue resumes its original color.

Dogs hide their pain very well and it takes subtle changes like a reddened tongue to catch these anomalies. Older dogs that are in pain tend to toss and turn through the night and have a red tongue to show they are in pain. If the dogs wake up, it may allude that they are having trouble regulating their body temperature.

Finally, a red tongue could be a sign of organ disease.  Increased liver enzymes could trigger a red tinge around the edges of the tongue.

Your dog’s blue tongue may or may not be a medical condition. Only two dogs in the world have a natural blue tongue; the Chow Chow and the Sharpei. Any other dog breed exhibiting a blue tongue could be cyanotic.

Cyanosis in dogs is a sign of poor or decreased blood circulation, often in isolated body organs. The heart is the biggest culprit of poor blood circulation. A dog with a heart problem will have a blue tongue as the heart struggles to circulate blood in the body. This happens in moments of stress and anxiety, like when the dog is afraid or facing impending danger.

Fun Fact: The tongue has several blood vessels hence why it can be used to diagnose poor circulation in dogs

Dog blue tongue syndrome can happen to any breed although the Cavalier King Charles Spaniel is more predisposed to this condition. This is because of progressive degeneration of the mitral valve that sits between the left atrium and the left ventricle. As this valve deteriorates, it obstructs circulation which, in turn, triggers a blue tongue as one of the symptoms.

A purple/lavender tongue indicates an obstruction in a dog’s body. Purple tongues signal poor circulation or indigestion in a dog. This condition is often exhibited by dogs suffering from;

Besides the dog’s blue tongue, some canine breeds do have a pink tongue with black spots scattered on the surface. It is no cause for alarm as it is just melanin creating black spots similar to a birthmark on the skin.

Is a dog’s blue tongue curable?

Cyanosis in dogs is curable if immediate action is taken to improve blood flow in the dog’s body. The dog blue tongue syndrome can manifest through a problem in the circulatory or respiratory syndrome.

Respiratory-related cyanosis can be due to;

Cyanosis caused by poor circulation may stem from;

Treating the dog blue tongue syndrome involves managing the underlying condition until proper blood or oxygen circulation is restored. Treatment may involve draining fluids from vital organs like the lungs to restore oxygen flow. Oxygen therapy may be necessary too until the condition is contained. Blood-thinning medication can help remove blood clots and restore blood circulation. In addition, a cocktail of drugs can be administered to kill worms and flukes in the lungs. Bulk injections combined with other surgical procedures can help restore functionality in a paralyzed larynx.

Unless you own a Chow Chow or a Sharpei, never ignore the dog blue tongue syndrome in your dog. Find out why your dog’s tongue looks far from being pink, and if you notice a bluish tinge on it, rush your dog to the vets immediately.

Prevent the red or pale tongue by ensuring your dog stays cooled and hydrated. You can bank on our Bullyade pet supplement to replenish your dog’s lost electrolytes in drinking water.