Natural Way to Detect and Cure Constipation in Dogs 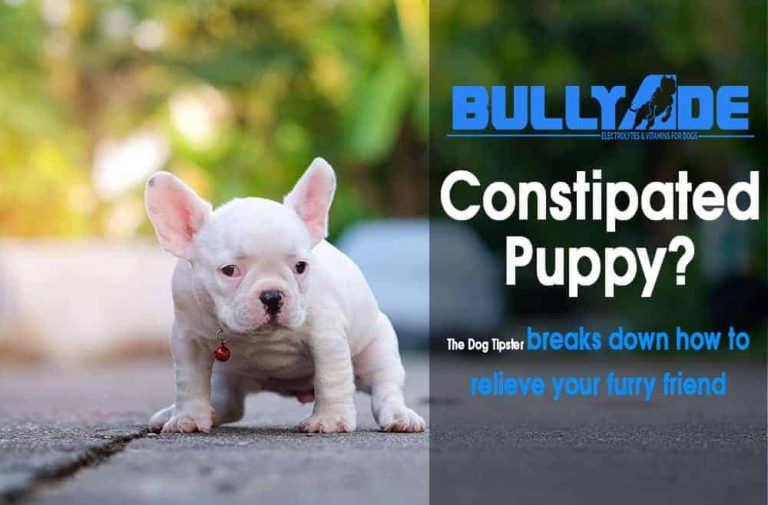 Is your pooch having problems with his bowel movements? He is not alone; constipation in dogs is a common digestive issue in most canine pets. However, there are simple and inexpensive remedies you can use to cure constipation in your dog.

Before we dive into ways in how you can reduce constipation in dogs, first we look at the causes. You will be surprised that most of these causes of constipation are actually preventable. Moreover, once you put an end to them, your dog’s normal bowel movements should resume.

There are a number of things that could cause your pup to suffer irregular bowel movements. One of them is if he is dehydrated or is not drinking enough water. Secondly, your dog is also likely to be constipated if he is not getting enough fiber in his diet.

Ingested impurities could also be a cause of irregular bowel movement. Your pup could get constipated if he swallows dirt, debris, or grass while out playing. Even the simple act of self-grooming could cause too much dog hair to get dislodged in his stomach.

Surprisingly, dogs that receive little to no exercise are also at risk of constipating. So resting on the couch all day as you go about your chores is not good for your pooch. He needs to get out more often.

The first sign of constipation is when your pooch no longer has to go as often as he used to. When he does, you may notice that he tends to crouch, strain, or whimper as he tries to defecate. If you do not find dog poop gross, then a close examination of your dog’s fecal matter may reveal the presence of grass or debris which is not usual.

How to treat a constipated dog

First things first, you need to get your pup hydrated. Incorporate plenty of water in his diet to ensure he remains well hydrated. You can kill two birds with one stone by going for hydrating solutions like Bullyade which also add useful electrolytes and multivitamins in your dog’s diet.

Secondly, you need to exercise your pooch more often. Spare some time during the day to take him out in the park for a run. If you cannot be outdoors with him as often, then buy him toys he can chase around the house. He will still be getting the exercise he needs.

You can make things easier for your dog by getting him stool softeners. An alternative to this is incorporating enema treatment techniques at home for your dog. In addition, there is a variety of medication that can help strengthen your pup’s digestive system, especially the colon.

Lastly, ensure your dog’s diet has enough fiber in it. Great sources of fiber include wheat bran, leafy greens, and pumpkin.

Your pup is too adorable to have to constantly suffer the nightmare that is constipation. Feed him more fiber, keep him hydrated, and take him out for exercises more. Add soluble supplements in his diet like Bullyade which will quench his thirst and boost his nutrient intake.