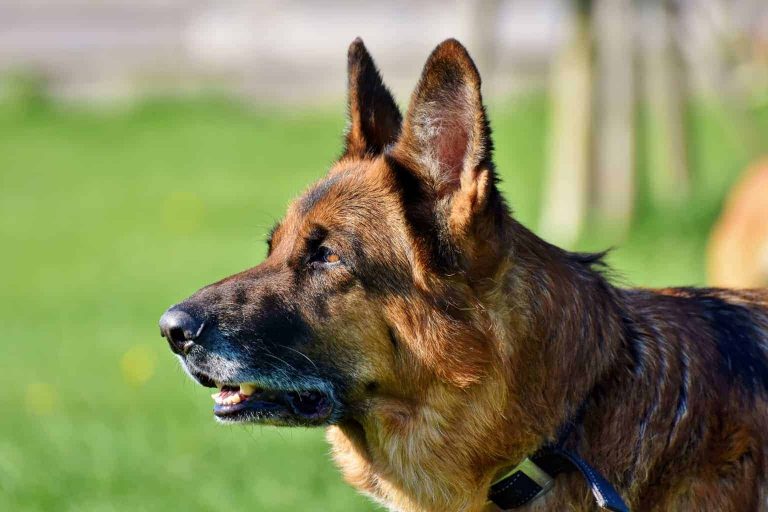 If you have always wanted to own a personal protection dog, then you can count on these five canine breeds voted as the best guard dogs. They are intelligent, fast learners, and form a lifelong bond with their owners.

There are several things to consider when buying a guard dog.

What You Need to Know about Best Guard Dogs

Breeders and pet owners train the best guard dogs to provide protection whether at home or on the road. For this reason, there are a couple of traits to look for in a guard dog.

The best guard dogs are highly intelligent animals. They can differentiate familiar faces from strangers and know when to perceive and quell a threat. Intelligence dogs are often used in military service, as guide dogs, or as herding dogs. Intelligent dogs are easy to train as well.

Under intelligence, we can also speak about a dog’s temperament. A dog may be smart, however, it may lack what it takes to make a personal bodyguard. Some dogs are quick to spot intruders but will keep their distance because of fear. This is very true about toy breeds; although some toy breeds, like the Chihuahua, can maul your ankle if you do not heed their warning.

Some dog breeds, considered as natural best guard dogs, may also not have what it takes to become personal protection dogs. However, this does not mean you should love the pooch any less because all dogs are different and we should take them as they are.

Your pooch can become a great guard dog depending on how quick he is to learn new tricks and commands. Just like intelligence, temperament also has a large part to play here. Some dogs may be highly trainable, but they are also stubborn in nature or may have a delicate ego that does not respond well to shouting or harsh words.

Find out if your dog is able to learn simple commands such as fetch, sit, roll-over, or heel without having a leash. If he is able to learn all these fast, he can advance to tougher commands used to train attack and guard dogs.

Guard dogs need to be large in size if they are to be perceived as fierce. Large breeds that train as personal protection dogs often weigh between 80 to 130 pounds. The bigger the dog, the fiercer it looks and is able to scare away intruders. Some toy breeds are really fierce and overprotective, but they just don’t have the body to match the boldness.

A personal protection dog not only needs to be big but strong as well. A strong dog can pounce and pin down an intruder with great ease. Some guard dogs are able to pull their unconscious owner to safety, away from danger, before running off to seek help. A strong guard dog will also endure all the rigorous training you subject it to.

The best guard dogs have to move swiftly to subdue an intruder or rush to a rescue zone. Some guard dog breeds may be large and fierce but they just lack in speed. Speed is also important if your guard dog will double as a hunting or herding dog.

Without further ado, here are the five dog breeds that qualify as personal protection dogs.

This is one of the most popular dog breeds used as guard dogs. German Shepherds are highly intelligent, large, and very powerful. They have the great memory-retaining ability and learn new commands relatively faster. This breed has been used as guide dogs as well as in search and rescue missions. They also make great police dogs and personal protection dogs.

The only downside of a German Shepherd is its aggressive temperament. This breed forms a close bond with its immediate handler, therefore, will not be that friendly to anyone else. If not socialized and trained early, it may develop aggression that may be hard to handle.

Dobermans top the rank when it comes to strength and agility. They are large, weigh around 80 pounds but can still bolt after prey or an intruder at bullet speeds. Similarly, Dobermans are very intelligent and learn new commands very quickly. Moreover, this breed is highly praised for its obedience and streamlined masculine body.

Most Doberman Pinschers have a black coat with traces of tan. Dog breeders would crop theirs and dock their tails; however, there are states where tail docking is banned. The only downside of Dobermans is the vulnerability to hip dysplasia, which is a joint problem that affects large breeds.

The ragged coat and large teeth of a Cane Corso is enough to make you scamper in fear. The Cane Corso is muscular and has a powerful bite. He weighs up to 110 pounds and is often mistaken for a pitbull. Cane Corso are great hunters too; so you know he can smoke out an intruder in seconds.

One other great quality of a Cane Corso is that he grows very affectionate towards his handler. Cane Corsos get emotionally attached to their handlers. This will be the one person in the family who trains, feeds, or spends more time with him.

Back in ancient Rome, farmers used the Rottweiler to pull carts or help in leading cattle caravans to the livestock market.  This already tells you just how strong this breed is. Later on, Rottweilers served as guard dogs in the royal courts.

Today Rottweilers make great guide dogs as well. They weigh up to 130 pounds and have a strong muscular body. They will perform any tactical task like taking down an enemy to the diligent work of leading a blind person safely home. Rottweilers also come off as snobbish, especially towards strangers. This works to their advantage when distinguishing between friendlies and intruders.

The only area the Rottweiler lacks in is speed. They are strong and fierce but not that quick compared to the other breeds reviewed here. Nevertheless, if you want to keep your home and family safe, you can count on this big guy.

The Schnauzer hails from Germany and is bred to be both a guard dog and a service dog. One unique quality of the Schnauzer is its jet black coat that makes the dog look fierce especially in the dark. This breed is towering as well; he is the same height as your hip when seated and can reach your shoulders if he stands on his hind legs.

Despite their giant and fierce look, Schnauzers are very easy to train and control. They are also eager to please their master and will learn and retain commands faster. He may also be the only breed that doubles as a great family pet of the five we have reviewed.

The only downside of the Schnauzer is that he drools a lot ruining his black beard. You will have to wipe his beard regularly to keep him clean.

Thinking of getting guard dogs to keep your home safe? Great! Any of the above breeds will serve you loyally for years. Don’t forget to reward the pooch’s bodyguarding skills with healthy doggy treats packed with Bullyade goodness.